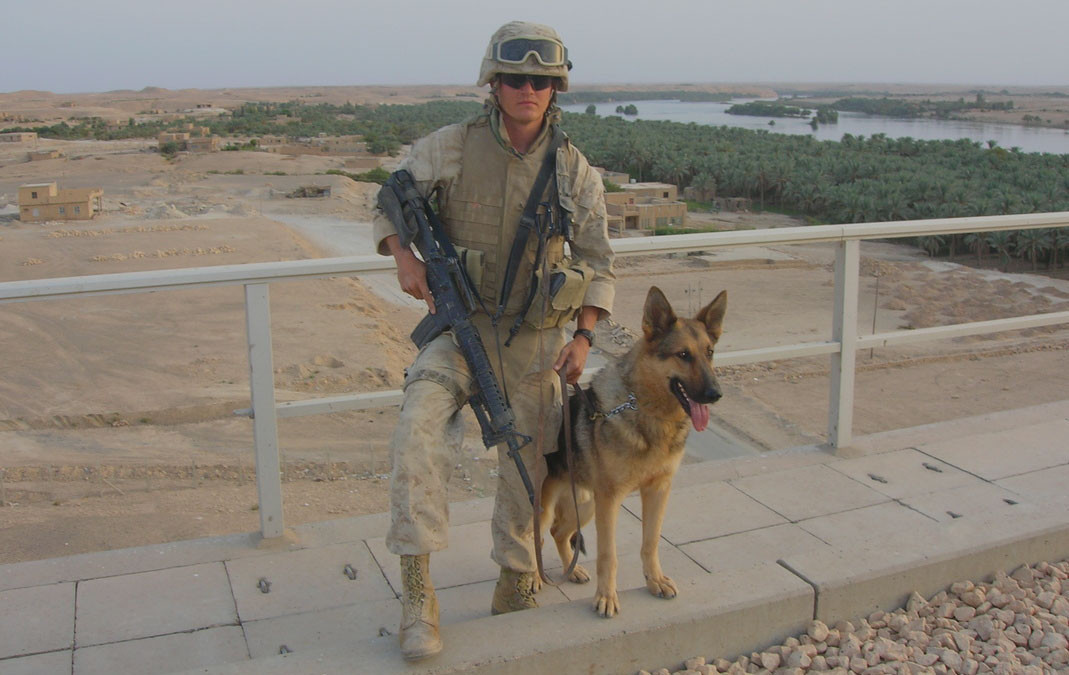 Our mission is to honor a less acknowledged, although much deserving group of first responder animals and their handlers. We hope to honor their teamwork, courage, and sacrifices on the battlefield by building a memorial. 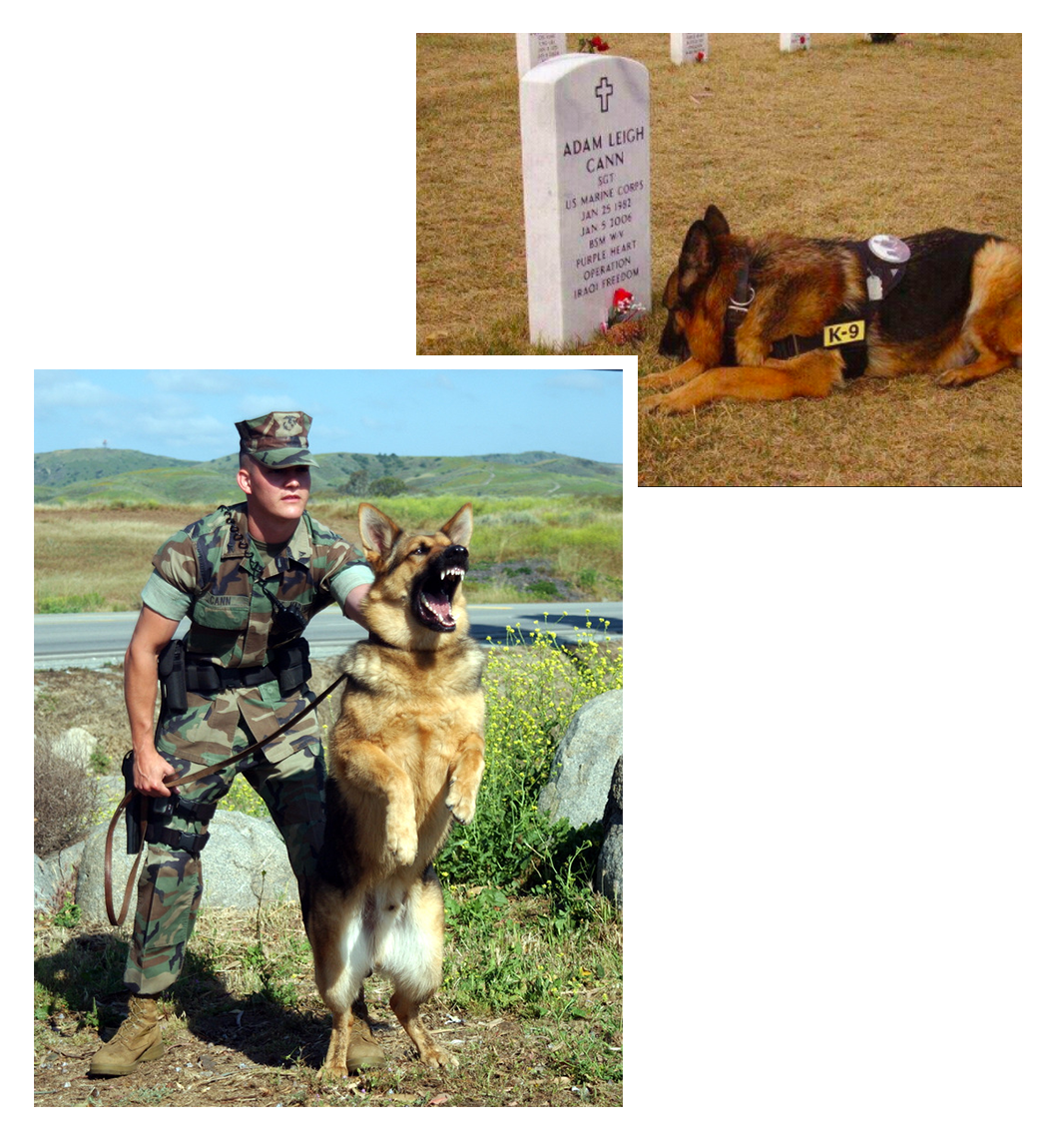 Military and First Responder working dogs are critical to many efforts, continuously working under extremely difficult circumstances. Our committee feels strongly that it is important to recognize and memorialize these Heroes and pay tribute to their service with a monument.

Guardians of Freedom Memorial Inc. is a 501(c)(3) nonprofit organization. Our mission is to honor this less acknowledged group and pay tribute to their teamwork, courage, and sacrifices on the battlefield and in our streets by building such a memorial. With your help, we can honor these heroes by erecting a bronze statue near New York State Thruway exit 30 in Herkimer NY.

The statue will depict Armed Forces Military Handler Sergeant Adam Cann and his dog, Bruno.  A military working dog lies on the grave of fallen Marine Adam Cann. What is the story behind the photo?

While the two were on deployment in Afghanistan, Bruno reacted to the proximity of an explosive device. At that point a suicide bomber detonated his device killing Adam and killing and injuring dozens of civilians.  Adam used his body as a shield to protect two fellow Marines and his military working dog, Bruno. All marines survived except Sgt. Cann. Sergeant Cann was later properly buried at Arlington Cemetery.

Sgt. Cann received the Bronze Star for Valor; he was the first military K-9 handler to die in combat since the Vietnam War.

Bruno remained on active duty after recovering from the attack, and passed in 2011. We like to think Sgt. Cann was waiting for him.

Our Chairman, Herkimer County Legislator John Brezinski, heard this very touching story and was extremely moved. He then decided to use Adam and Bruno's image for our monument.

This organization seeks to honor these K-9 service animals and their handlers. Their monument will become a beautiful addition to the already historic landscape of Herkimer County. 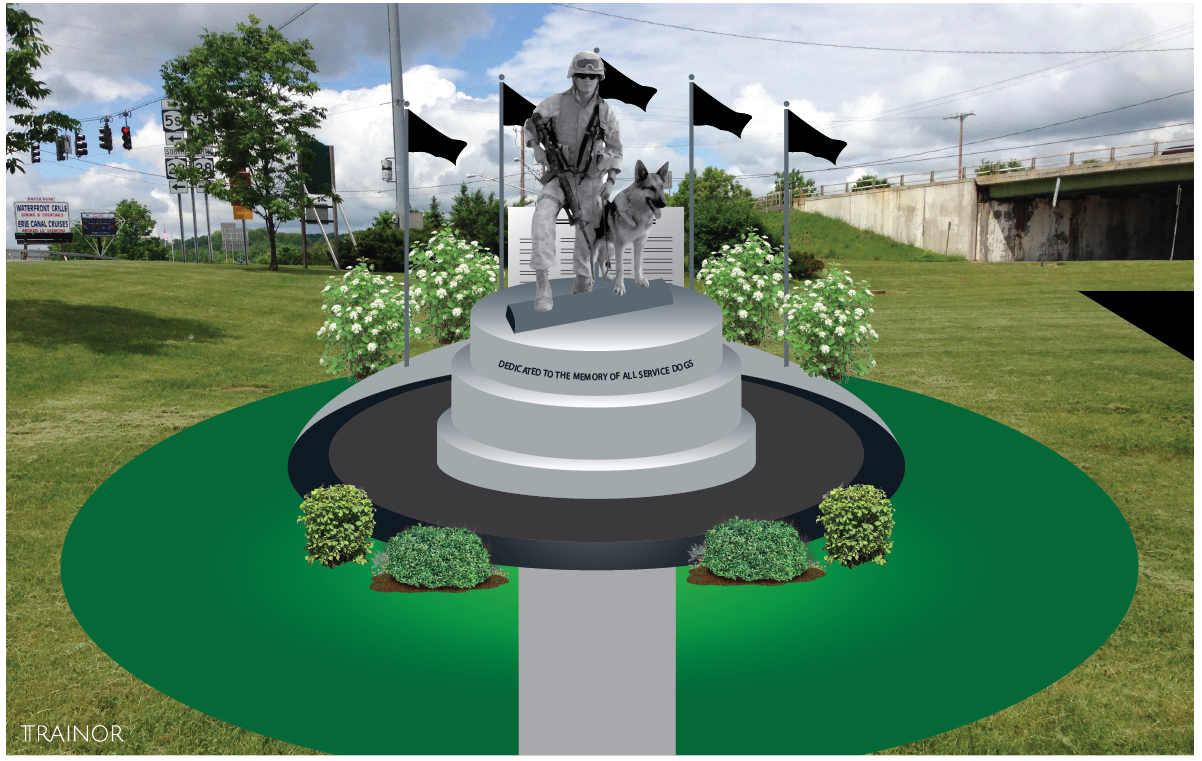 Once we reach our fundraising goal, Lena Toritch will sculpt a bronze statue of Adam Cann and Bruno. This statue will be created to honor all handlers and their dogs which have bravely served the United States of America.

Lena Toritch, MFA, creates detailed bronze statues of many shapes and sizes. From animals to humans of every age, Toritch is skilled in making these statues in the likeness of individuals. 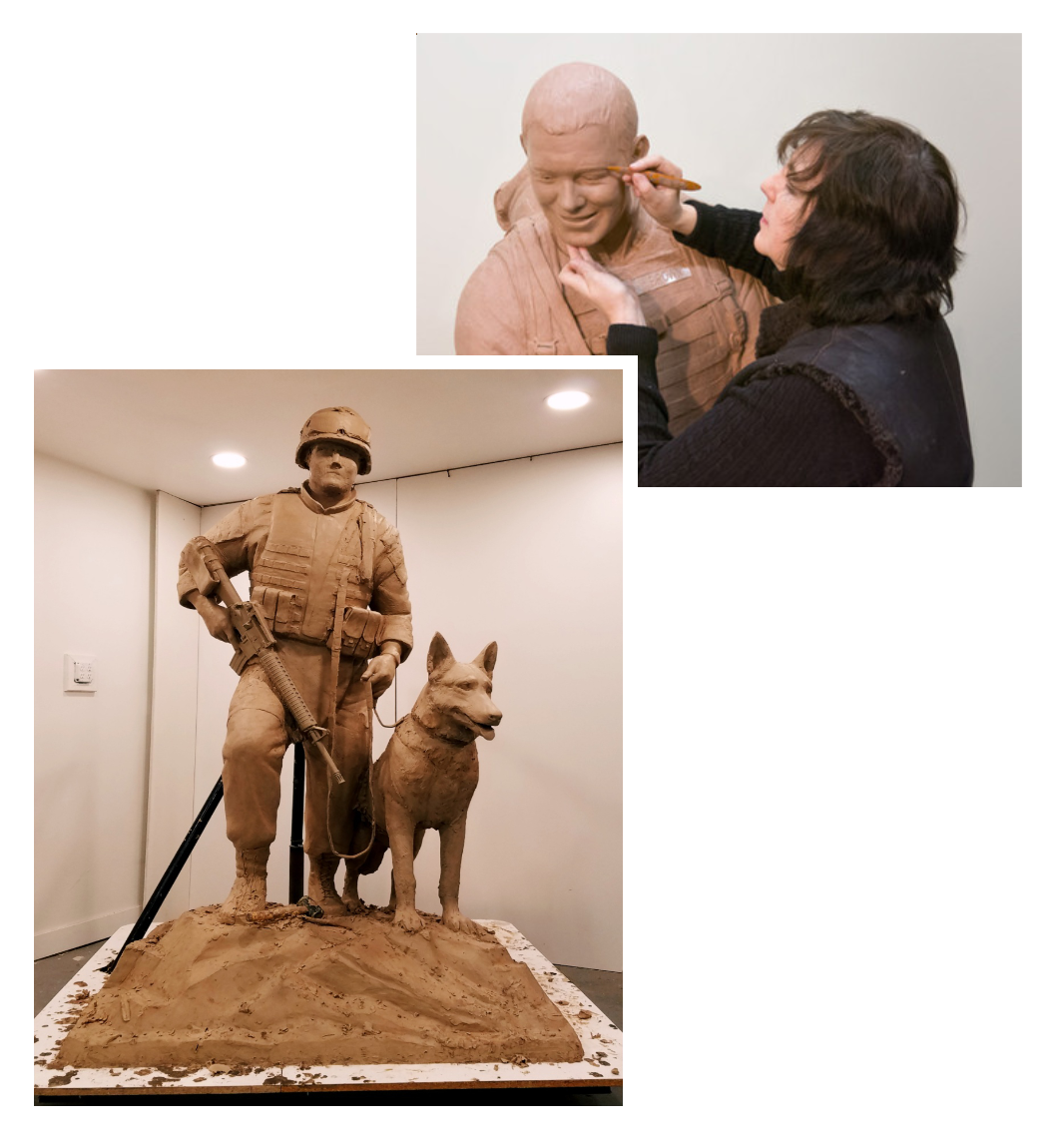